Humanitarian Crisis in Syria: International Law, Genocide and the Responsibility to Protect

The Syrian Civil War has triggered a humanitarian crisis of biblical proportions. As of today, 4.3 million Syrians had registered with UNHCR and at least 7.6 million more had been internally displaced within Syria. More than half of the Syrian population has been displaced, a phenomenon almost without precedent in human history. 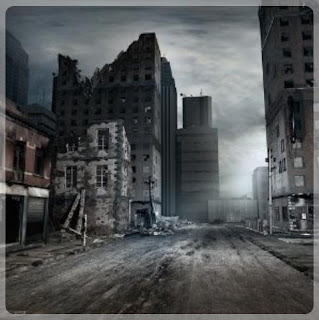 Each year, the headlines deliver record numbers of civilian war casualties as the methods and weapons of war grow more savage—from landmines and barrel bombs, to chlorine gas and sieges. We continue to read of armed groups deliberately destroying civilian property, employing treachery, using incendiary weapons in populated areas, killing the injured and prisoners of war and egregiously violating the laws and customs of war.

Given the extent of Syrian’s humanitarian crisis, many are left wondering: how can the international community stand by idly while women, children and other innocent civilians are slaughtered or rendered homeless by the millions?

The Syrian government and its allies argue that an intervention absent the regime’s invitation and consent would constitute an affront to the principle of state sovereignty and international law. Many prominent members of the international humanitarian community, in contrast, relying on the emerging doctrine that has come to be known as the Responsibility to Protect (R2P), argue that the duty of the international community to protect the Syrian population from heinous crimes trumps the principle of state sovereignty. However, despite all of its merits, the R2P doctrine remains under a shadow of controversy and lacks consensus among legal scholars. The legal basis underpinning interventionists’ calls to action thus stands on shaky legal grounds.

All of this is about to now change. The 17 March 2016 declaration of the United States Department of State and the 4 February 2016 resolution of the European Parliament declaring ISIS violence against religious minorities to be genocide dramatically change the legal debate surrounding a humanitarian intervention in Syria, triggering the application of the 1948 Convention on the Prevention and Punishment of the Crime of Genocide (the Genocide Convention), which calls States party to “prevent and to punish” acts of genocide.

In my article “Humanitarian Crisis in Syria: International Law, Genocide and the Responsibility to Protect,” I examine Western States’ recognition of genocide in Iraq and Syria and what this means under international law, R2P and the Genocide Convention. I further analyze controversies surrounding the application of the R2P doctrine and contrast the doctrine with treaties that invoke a binding duty to act under international law, focusing on the latter as the tool on which interventionists should rely as a justification for a humanitarian intervention in Syria.

Read the full Emerging Issues Analysis on LexisNexis.com.
The free preview is available on the LexisNexis® International Law Legal Newsroom.
Posted by John M. B. Balouziyeh at 1:50 AM