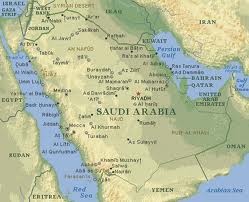 Since the enactment of Saudi Arabia’s new Arbitration Law in July 2012, more foreign investors have opted for arbitration in Saudi Arabia rather than in foreign forums. By simplifying dispute resolution and streamlining the enforcement of arbitral awards, the Arbitration Law has sought to bring the protection of foreign investors up to international standards. The Arbitration Law, largely modeled on the United Nations Commission on International Trade Law (UNCITRAL) Model Law, has modernized Saudi Arabia’s dispute resolution mechanism and sought to remove much of the unpredictability involved in bringing arbitral awards before the Saudi Arabian Board of Grievances for enforcement.


However, despite these reforms, some issues remain, leaving a degree of uncertainty as to whether an arbitral award will be enforceable. For an overview of these risks, and an analysis as to available risk mitigation options, please see our Kluwer Arbitration Blog post.
Posted by John M. B. Balouziyeh at 12:55 PM No comments: Links to this post

What UN General Assembly Resolution A/67/L.28 May Mean for Foreign Investors in Palestine

States have traditionally recognized the importance of foreign direct investment and have sought to ensure the protection of their own investors in foreign nations. States have thus negotiated and ratified bilateral and multilateral treaties in order to promote and attract foreign investment by guaranteeing foreign investors access to fair and impartial mechanisms for dispute resolution.
A current trend in such treaties is to allow investors of one State to bring claims directly against the government of another State before an international arbitration tribunal, allowing investors to bypass local remedies, which may otherwise be skewed against foreign parties. Investors are thereby permitted to initiate a claim against a State under mutually agreed-to arbitration rules, such as those issued by the United Nations Commission on International Trade Law (“UNCITRAL”) or the International Centre for Settlement of Investment Disputes (“ICSID”).
My latest piece discusses how these trends play out in the unique context of and , which are each among the other State’s largest trade partners, with nearly US $5 billion traded between the two partners annually. What this means is that a strong and continuous link between Israeli and Palestinian businesses occurs every day. However, unlike investment between sovereign nations, there is currently no foreign investment protection treaty in place between and . Unlike the case of disputes that arise within the context of foreign investment amongst other nations, does not recognize Palestinian Statehood and thus has no formal diplomatic relations or bilateral treaties with .
Moreover, unlike the case of disputes that arise between two parties situated within a domestic context, Israeli and Palestinian companies do not each have equal access to one another’s courts. It can be difficult for Palestinian companies to participate in Israel-based judicial proceedings. Israeli companies may have difficulty in enforcing judgments in Palestinian territories, and vice versa. Moreover, the Israeli courts are sometimes perceived by Palestinians as biased. These are among the classic problems that have spurred many States to ratify foreign investment protection treaties, but such a solution will remain unachievable in the case of and , unless recognizes as a sovereign State and formal diplomatic relations are established.
My piece, posted by the Kluwer Arbitration Blog, shows what civil society is able to achieve spontaneously when governments are at an impasse. What is remarkable about the is, in the words of Professor Catherine Rogers, that it seeks “to bring peaceful dispute resolution to disputants from jurisdictions that are openly hostile to each other and that lack formal diplomatic relations.”
Posted by John M. B. Balouziyeh at 10:45 AM No comments: Links to this post