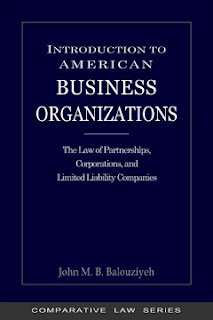 Natural Law Theory and Its Implications on Universal Human Rights

Until quite modern times, the law was infused with the idea that some principles could not only receive, but also merit, approval or disapproval, and that certain responses could be more just, ordinate, or appropriate than others. This concept is rooted as far back as the ancient Greek philosophers. Aristotle stated that “the aim of education is to make the pupil like and dislike what he ought.” The concept was infused in the philosophical treatises of writers as distinct as Augustine in the West and Avicenna in the East, all who referred back to Aristotle in formulating systemic theological treatises that sought to unveil systems of absolute truth. Like those after them, they discovered through human reason a law universal to all cultures and written on the heart of man. Among the values inherent in this universal law are beneficence, justice, good faith and veracity, mercy and magnanimity. Among the precepts of the universal law are commandments to love one’s neighbor as oneself and injunctions against murder, theft, and bearing of false witness.

These precepts are available to man not only through God’s special revelations given to prophets throughout history, but also through man’s capacity to think and reason. Where men of reason and virtue are permitted to think freely and without restraint or coercion, they inevitably recognize these laws. They also recognize that man is born free, with a natural right to life and liberty.

A. The History of England as an Illustration

The history of England is in this respect illustrative. Men of conscience struggled over a millennium to secure man’s basic inherent rights against kings that historically refused to acknowledge any law higher than themselves. The people’s first victory was the Magna Carta of 1215, establishing citizens’ rights, followed by the Petition of Right by 1628, a defense of the supremacy of the common law over the king, the Glorious Revolution, the English Bill of Rights, and ultimately the abolition of slavery in England. One finds natural law thinking reiterated throughout the great thinkers who shaped and justified these events, from de Bracton to Coke, from Milton to Locke, and even Wilberforce, all who vindicated the idea that the law was above any man, including the king, and that man had certain inherent rights that no ruler could infringe.

B. That the Principles Set Forth in the English Revolution Are Universal to Mankind

1. The United States and France

One cannot understand the American Revolution in general, and the United States Declaration of Independence, Constitution, and Bill of Rights in particular, without understanding the English Revolution. The American Revolution was in many ways the embodiment of the principles set forth in the Glorious Revolution of England. One further cannot understand the French Revolution and the French Declaration of the Rights of Man and of the Citizen without understanding the revolutions in England and the United States that preceded it. While each revolution had its own particular context and placed a different degree of weight on the place of faith, tradition, and reason in defining new constitutions and institutions, each one developed a commitment to the fundamental and natural rights of man, such as his rights to liberty, property, expression, association, and assembly.

2. The International Community at Large

a) Instruments of the UN Prove that Rights are Universal

It would be mistaken to state that the rights established by these revolutions are limited to Western nations. Rather, these rights were instituted and embodied in the virtually universally adopted Charter of the United Nations and its related instruments. On June 26, 1945, the international community convened in San Francisco and signed the CUN, the Preamble of which lists as one of the UN’s purposes the affirmation of fundamental human rights and human dignity. The CUN has been adhered to by virtually all states; the few remaining non-member states have acquiesced in the principles established in the CUN.

Regardless of whether the UDHR is binding, a series of more recent international treaties convert the provisions of the UDHR into binding treaty provisions. Among these are the International Covenant on Civil and Political Rights (1966) and the International Covenant on Economic, Social and Cultural Rights (1966). The majority of states in the international community are parties to the ICCPR, which currently has 167 states party, as well as to the ICESCR, which currently has 160 states party. States parties to the ICCPR undertake to protect the wide range of civil and political rights, including a right to life (art. 6 ICCPR), prohibitions on torture (art. 7 ICCPR) and slavery (art. 8 ICCPR), prohibitions on arbitrary arrest or detention (art. 9.1 ICCPR), a right to trial within a reasonable time of arrest or detainment (art. 9.3 ICCPR) and to freedom of thought, conscience and religion (art. 18 ICCPR), as well as freedom of expression (art. 19 ICCPR). Many of these rights reiterate those vindicated in the English, American, and French revolutions, thus demonstrating that they are not limited to Western nations; rather, as nations across Asia, Africa, and the Middle East have recognized and committed to these rights, they have been proven to be universally applicable.

Although countries in the Middle East have signed on to these Covenants, many scholars maintain that the rights embodied therein are western inventions that are incompatible with Arab or Muslim society. Such scholars point to human rights track records in the Middle East as evidence of this: in most countries in the Middle East, with a few exceptions such as Lebanon, political parties not belonging to the governing elite are banned, freedom of expression is heavily restricted, arbitrary arrests and detentions are the norm, and human rights are categorically violated. Scholars thus argue that the adhesion of Middle Eastern states to the Universal Declaration of Human Rights or the International Covenant on Civil and Political Rights is a mere publicity stunt that has no real bearing as to whether the rights contained therein are appropriate or even compatible with Middle Eastern society.

b) Arab Spring Proves that Universal Rights Belong to the Arab Peoples As Well
Yet events today in the Middle East prove otherwise. In the Arab Spring that we see spreading across the Middle East, from Morocco to Bahrain, from Yemen to Syria, the peoples of the Middle East have proven that they too wish to enjoy the same basic human rights that have been in place in the West for centuries. They have demonstrated their aspiration to see the implementation of rights and liberties that heretofore were limited to meaningless treaties and other obligations that were signed but ignored by governing authorities. They too have shown that the right to life, liberty, expression, freedom of belief, association, a free press, and a right to choose one’s own government are not limited to the Christian West, but rather, are universal to mankind. They have shown through their blood and sacrifices that man is better and more noble as a martyr than as an imprisoned animal lacking dignity. They have demonstrated the nobility of the human spirit, what it seeks and strives for, and how it yearns with an unquenchable thirst for the freedom that is naturally granted to every human being by his Creator. 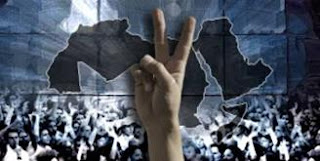 Posted by John M. B. Balouziyeh at 8:25 AM No comments: Links to this post