يُتضمّن هذه المقالات التالية:
These articles include the following:

Posted by John M. B. Balouziyeh at 1:30 AM No comments: Links to this post

Russia’s Annexation of Crimea: An Analysis under International Law 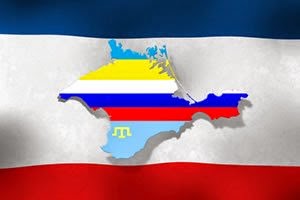 Russia’s deployment of military forces within the territory of Ukraine and its occupation and annexation of Crimea have been decried by the international community as violations of international law. Yet Russia has put before the Security Council and the international media a series of defenses arguing that it has not acted contrary to international law. First, Russia argued that it acted in defense of Russian speakers residing in Crimea. Then, Russia stated that its use of force was in response to a request for military assistance by the democratically-elected head of the Ukrainian State. Later, Russia argued that it never used military force in the Ukraine; rather, it was local Ukrainian militias that stormed and occupied Ukrainian military bases. Finally, Russia argued that the annexation of the Crimea was achieved by a democratic referendum in which over 97% of Crimeans voted to voluntarily separate from Ukraine and join Russia as a federal subject.
Do Russia’s claims hold weight factually? If so, are they valid arguments under international law? My recent article in the LexisNexis® Legal Newsroom provides a legal analysis of the claims that Russia has made with respect to the annexation of Crimea. These and other Russian claims may become the subject of a future international criminal case if the ICC finds that it has jurisdiction to prosecute Russian actors for grave violations of the Geneva Conventions. Click here for the full analysis.

Posted by John M. B. Balouziyeh at 10:01 AM No comments: Links to this post

Middle East Economic Survey (MEES) recently published commentary from my colleague Amgad Husein and I on investing in Saudi Arabia. The editorial discusses the investment environment of Saudi Arabia—the Middle East’s most significant economy—and includes practical advice on the Saudi licensing process. The below excerpts discuss the significant economic rewards that can result from long-term investment in Saudi Arabia. The full article is available here.

Saudi Arabia features regularly at or near the top of lists of countries ranked in order of ease of doing business, both in the Middle East and across the world. But all too often, those interested in doing business with the Middle East choose to trade, or invest, elsewhere in the region. There are many reasons, but the most important is that Saudi Arabia doesn’t need to sell itself – or at least feels it doesn’t need to, due to the size of its economy, the range of its trading relationships, its political weight and its importance for the security and stability of the whole Middle East.

Opportunities for investment in Saudi Arabia abound. With 25% of the world’s proven oil reserves, Saudi Arabia’s importance as the world’s foremost producer seems certain to endure for decades, if not centuries. Even as the US moves away from its traditional dependence on Middle Eastern oil, other countries are raising their requirement for hydrocarbons and petrochemicals from the Middle East, creating demand that will more than make up for a gradual US switch to domestic supply. That demand promises to provide Saudi Arabia with the financial resources it will need for decades to come, to address the increasingly sophisticated needs of a rapidly growing and better educated population.

Riyadh has the funds to finance major projects in diverse sectors, including mining and gas exploration, solar power, construction, pharmaceutical and life sciences, education, and the development of entire “economic cities” in the Arabian desert. As the Saudi government continues to improve and modernize its infrastructure, it is not unusual for companies to win billion-dollar contracts to provide goods or services to government bodies. At the same time, the presence of banks and wealth management firms has expanded rapidly in recent years, tapping into the nation’s private wealth. New high-rises and residential towers, hospitals and schools continue to be built, giving way to opportunities in the construction, healthcare, education and other fields.