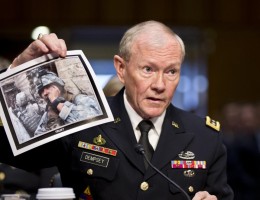 Emotions on Syria are running high with the revelation that chemical weapons were used in Ghouta, eastern Damascus, on 21 August, causing between 300 to 1,000 victims. France has indicated that it is ready to punish those responsible and the US has prepared its military for an imminent strike. Turkey, Qatar and Saudi Arabia have pledged to support military action against Assad. Pressure from the media has been mounting as President Obama’s critics hold him to his “red line” with respect to the employment of chemical weapons in Syria. Yet before America heads into another war, the position of international law and a clarification of key facts is called for.


My full analysis of the implications of military strikes on Syria under international and US law is made available by the Desmond Tutu Peace Foundation at this link.
Posted by John M. B. Balouziyeh at 9:41 AM No comments: Links to this post

Following are excerpts from an Emerging Issues Analysis co-authored with Jonathan Burns and available from LexisNexis:

Since ancient times, world cultures have explored the political, philosophical and religious grounds of just war and the legality of the use of force. The Indian epic Mahabhrata, which some scholars date as early as the ninth century BC, explores just war doctrine. Cicero discussed just war theory in his essay De Officiis (“On Duties”) in the first century BC. On the basis of Romans 13, St. Augustine in the fifth century argued that Christians should not be ashamed of the use of force to maintain or reestablish justice. St. Thomas Aquinas, who, building on the foundation laid down by Augustine, set forth the conditions of just war. 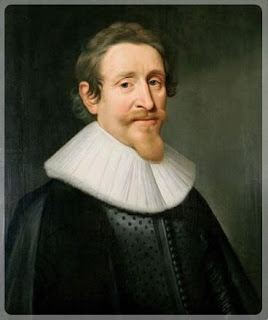 The seventeenth-century Dutch philosopher and theologian Hugo Grotius discussed the philosophy of war at length in his treatise De jure belli ac pacis (“On the Law of War and Peace”). Grotius has been credited as having laid down the foundations for international law, which in the following centuries would become customary international law and codified treaties governing the conduct of States in armed conflict.


Within a separate religious, philosophical and geographical context, Islamic law developed to recognize its own principles governing the use of force. As will be discussed in this essay, the Islamic law of war includes some of the principles common to contemporary international humanitarian law, such as prohibitions on targeting civilian women and children in armed conflict.


Contemporary international law draws a distinction between jus ad bellum, laws that regulate recourse to the use of armed force, and jus in bello, the rules governing the conduct of war once armed hostilities have commenced. For the purpose of this essay, the first category of laws will be examined in light of Christian just war theory, Islamic just war theory and modern international law.

a)    The First Three Centuries

Christian involvement within the affairs of the State was limited during the first centuries of the Church. There were some Christians in civil service (consider the Christians within “Caesar's household” referenced by St. Paul (Php 4:22)) and in military service (both John the Baptist and Jesus ministered to soldiers (Luke 3:14; Mat 8:5-8) and the centurion Cornelius was used to bring the Gospel to the Gentiles (Acts 10:35-48)). However, Christians, like other minorities in the early Roman Empire, faced persecution by the Roman government. The extent to which Christians were involved with civil government was generally limited to praying for the emperor (1Tim 2:1-2). A Christian’s association with the military and support of the Empire’s oppression of other Christians would have been incongruous.


The first centuries of Christianity were thus marked by pacifism with respect to military service and the use of violence. Origen (c. 184 – 253) said that Christians “do not go forth as soldiers.” Tertullian (c. 160 – c. 225) wrote that only “without the sword can the Christian wage war: for the Lord has abolished the sword” (see Mat 26:52). Clement of Alexandria (c. 150 – c. 215) wrote that “he who holds the sword must cast it away” and “if one of the faithful becomes a soldier he must be rejected by the Church, for he has scorned God.”

Much of this changed with Constantine’s conversion to Christianity in 312 AD. After Constantine’s conversion, Christianity became the official religion of the Roman Empire. Military service was no longer associated with the brutal oppression and killing of Christians on behalf of a pagan Empire. Defending the Empire from northern invasions took on new meaning and was not deemed to be inconsistent with the Gospel of peace, particularly when war was being waged in order to maintain peace or reestablish justice.


This shift in position is reflected in the writings of early Church fathers and councils. The Council of Arles (314) stated that to forbid the State “the right to go to war was to condemn it to extinction.” St. Athanasius of Alexandria (293-373) wrote:


Although one is not supposed to kill, the killing of the enemy in time of war is both a lawful and praiseworthy thing. This is why we consider individuals who have distinguished themselves in war as being worthy of great honors and indeed public monuments are set up to celebrate their achievements. It is evident, therefore, that at one particular time and under one set of circumstances, an act is not permissible, but when time and circumstances are right, it is both allowed and condoned (The Letter of St. Athanasius to Amun).

Posted by John M. B. Balouziyeh at 9:32 PM No comments: Links to this post 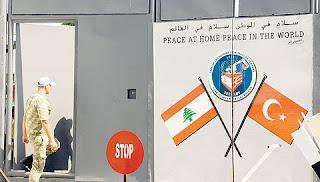